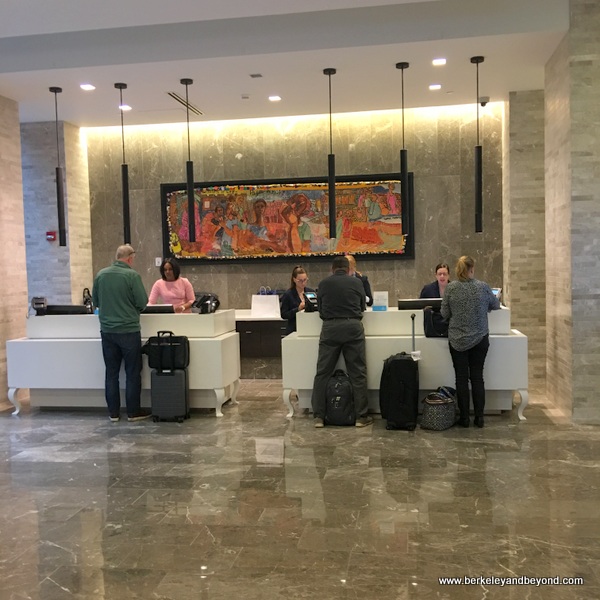 Opened in 2012, this city-built and award-winning hotel is set in the heart of the art-filled Short North Arts District.  The hotel itself displays a stellar collection of original art from more than 150 local Columbus artists living in and around Central Ohio.  More than 250 pieces are displayed in public spaces and meeting rooms, and in guest rooms--which each have a dramatic ceiling mural above the bed.  Don’t miss the piece titled “Unwritten Love Letters” positioned behind the check-in desk.  The central atrium brings in lovely natural light to the Gallerie Bar & Bistro.  An expansion is planned for 1,000 additional rooms to open across the street in 2022, which will make this the largest hotel in Ohio.

More things to do in Columbus, Ohio.