Note that these blogs posted during the sheltering-in-place period of the coronavirus crisis are meant as a virtual escape. Hopefully, the information will be of use to you when it is safe to travel again.

Ayutthaya--pronounced “a-you-tat-ya”--was named after the city of Ayodhya in India, the birthplace of Rama.  Once the capital of Siam, it was one of the world's largest and most sophisticated cities before being ransacked in 1756 by the Burmese. Today it a historical treasure and UNESCO World Heritage Site.  More than 300 historic temples dot the city and encircling rivers.

●Wat Rajburana  Daily 8:30am-5pm.  50 Baht/US$1.39.  This beautiful stupa dates to 1424, when King Boromaraja II built it to hold the ashes of his elder brothers, who killed each other in a battle for the throne. 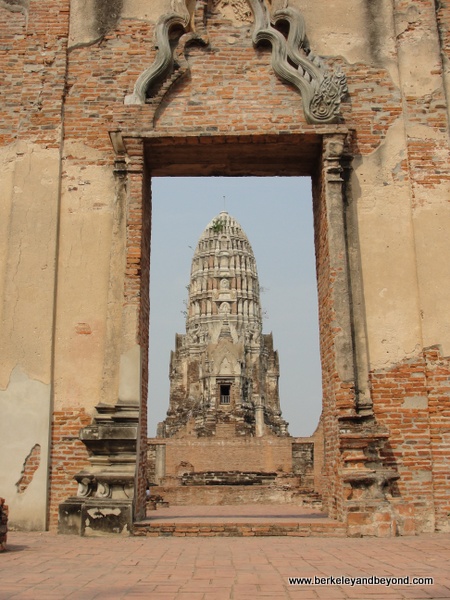 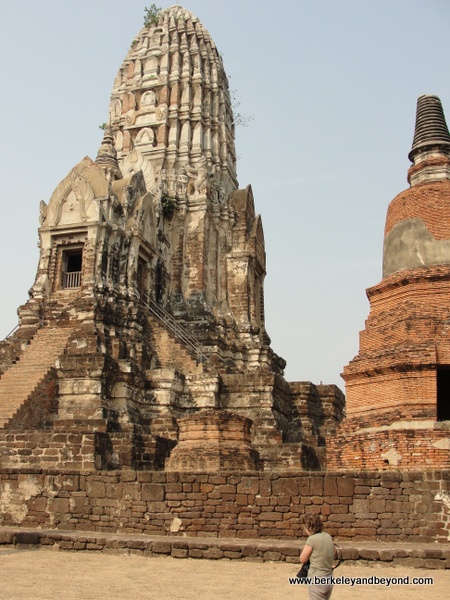 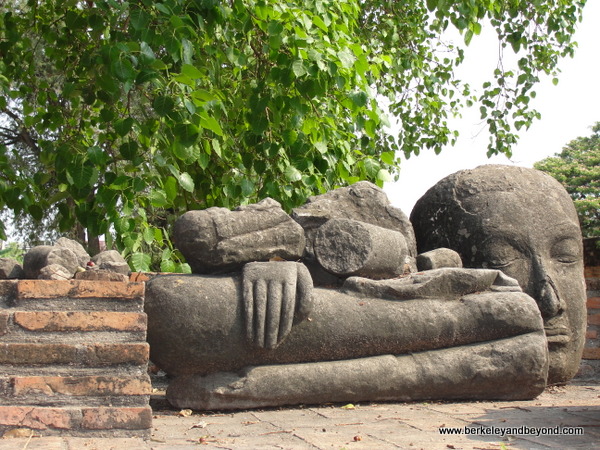 ●Wat Phra Mahathat (Temple of the Great Relics)  Museum 8am-4:30pm.  To enter courtyard of giant chedi, 30 Baht/US$0.83; museum, 20 Baht/US$0.55.  Located almost right in the center of the park, this important temple is believed to date from the 14th century.   Don’t miss the Strangled Buddha--a Buddha statue head embraced by the roots of a banyan (bodhi, pho) tree.  In addition to holding Buddha's enshrined relics, this temple was also the residence of the leader of the Thai Buddhist monks. 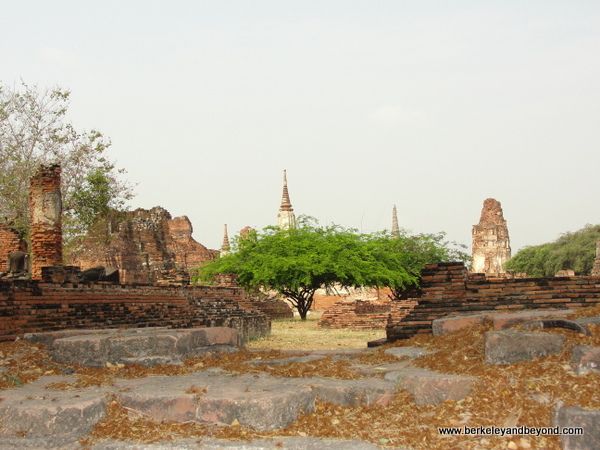 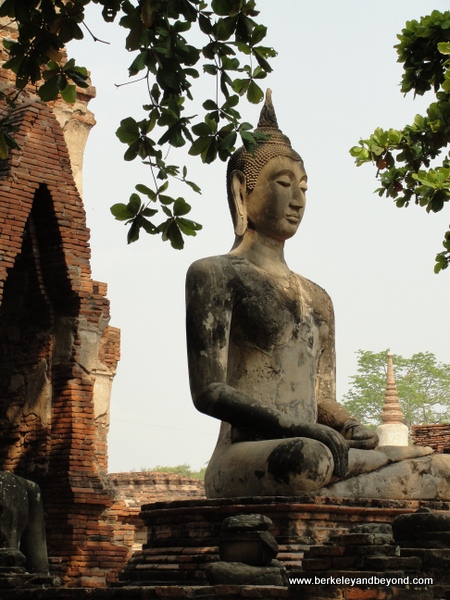 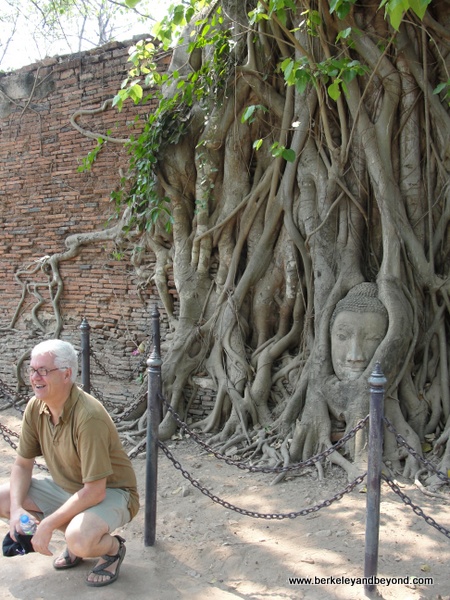 ●Wat Phra Sri Sanphet  Ayutthaya’s most important site was established as a center for important religious rituals and ceremonies.  It served as a model for the Temple of the Emerald Buddha in Bangkok.  Three Sri Lankan-style chedis built in the 15th century hold the ashes of three Ayutthaya kings.  In 1767, invading Burmese attempted melting the gold off a Buddha statue and started a fire that destroyed both the statue and the temple.  The Buddha seen today is a replica.  A large covered market holds stalls selling souvenirs and street food. 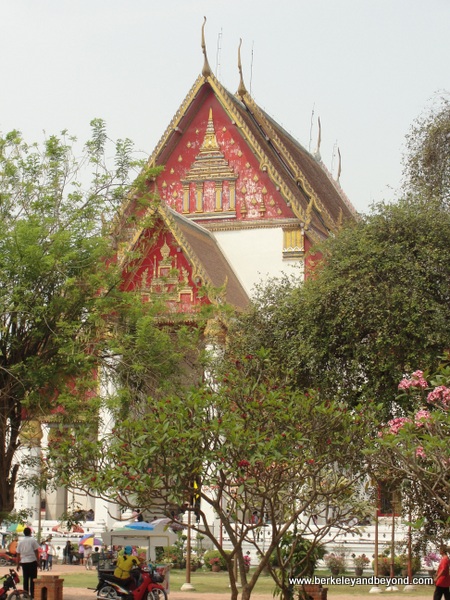 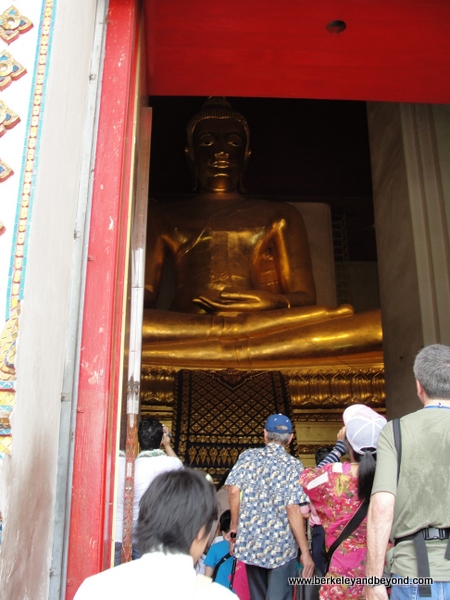 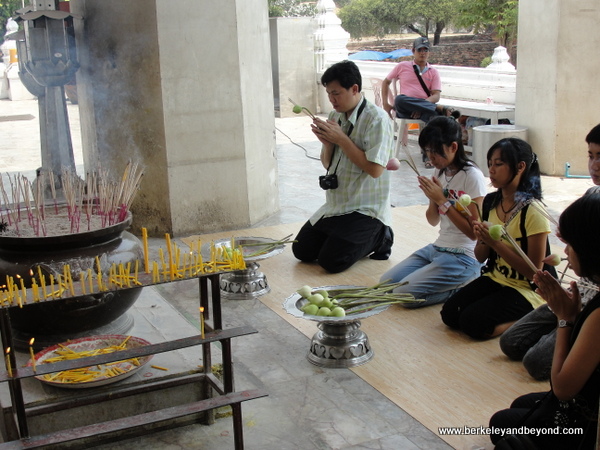 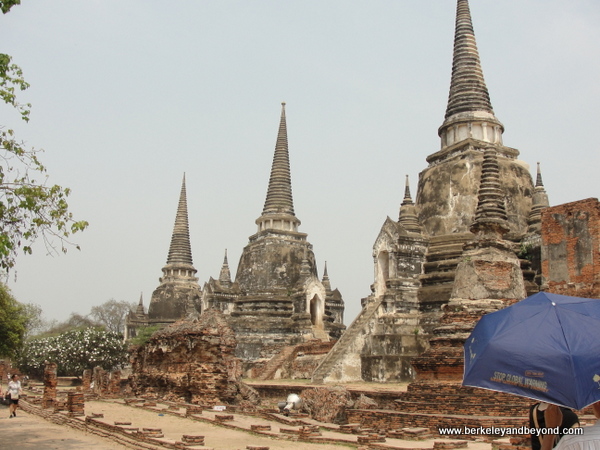 ●Wat Chaiwatthanaram  Daily 7:30am-6pm.  50 Baht/US$1.39.  Located scenically on the west bank of the Chao Phraya River, this large, peaceful compound is southwest of the old city and can be reached by road or boat.  It is a UNESCO World Heritage Site.  Modeled on Angor Wat, it has a central high prang (tower), four smaller prangs, and eight chedi-shaped chapels.  Most of the 120 Buddha statues are, unfortunately, missing their heads through looting. 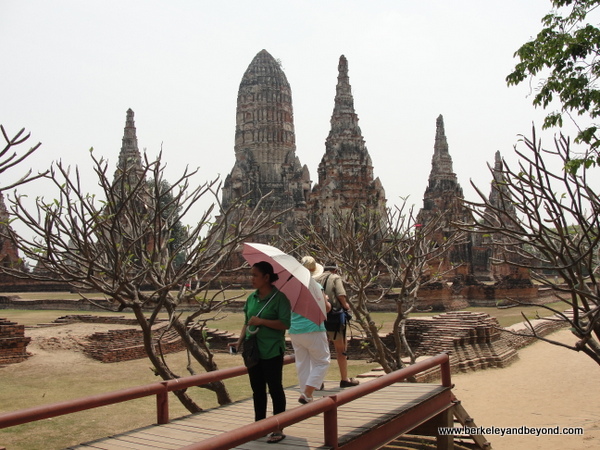 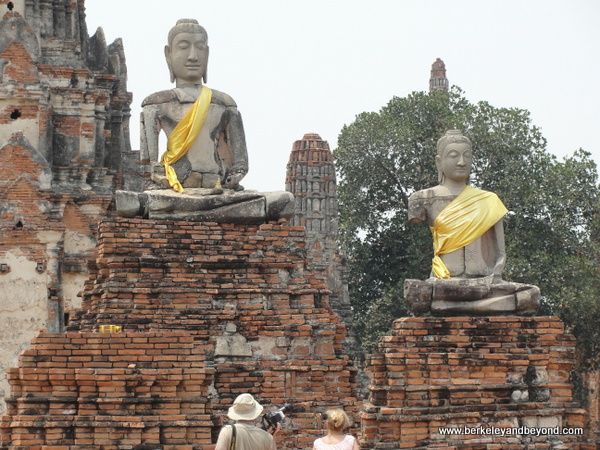 More things to see and do in Ayutthaya.