More than 80 million Muslims live in China.  I don’t think they all live here, but it sort of feels like it as you wander through the tight, mostly pedestrian-only streets and lanes.  (Actually, I checked, and Xi'an was the first city in China to be introduced to Islam, and only 50,000 Muslims live here.) 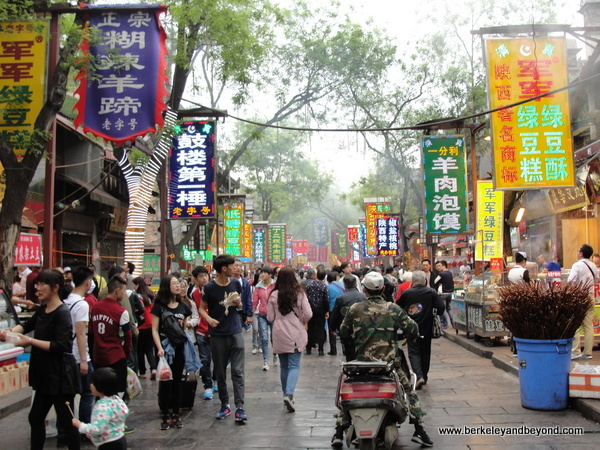 As you explore this atmospheric area, you can visit the Great Mosque of Xi’an (entry fee), shop in an exotic covered bazaar for colorful items from both China and the Middle East, 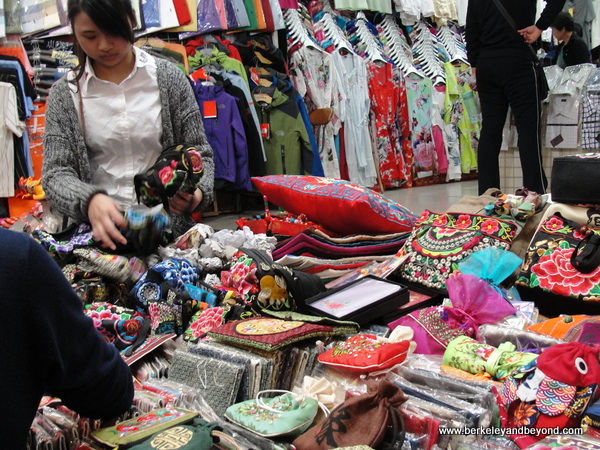 and indulge in kabobs grilled on fresh tree branches as well as  other enticing street food (we were advised to stay away from the squid and crabs on a stick). 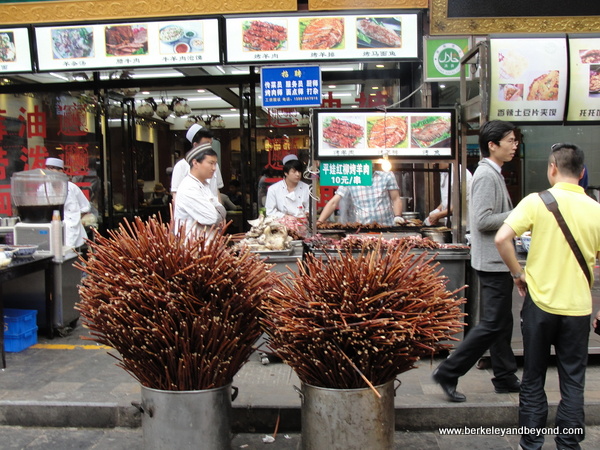 You can also meet woodcut artist Ding Ji Tang, who works daily in his stall in the bazaar and sells his own colorful works as well as those of his students.  The Golden Flower Hotel, where I stayed, displays his art on guest room walls, so I noticed and liked his simple style even before this serendipitous opportunity to see him at work.  My only regret is that I couldn’t decide which piece to buy and so left empty-handed. 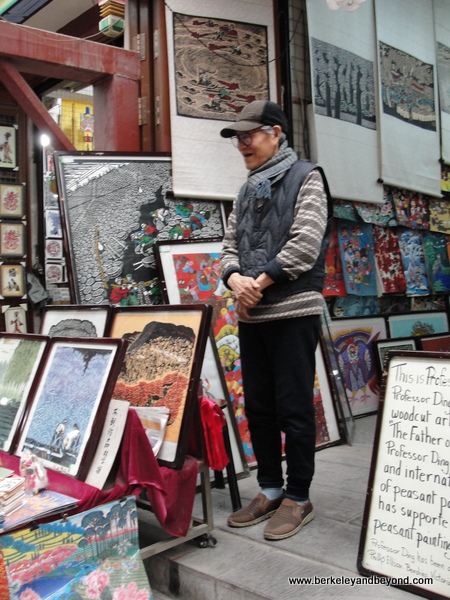 More things to do in Xi'an.

Travel articles to inspire and help you plan some spectacular local and foreign getaways.

Posted by Carole Terwilliger Meyers at 8:21 AM