Funny story about a translation misunderstanding in Cologne, Germany 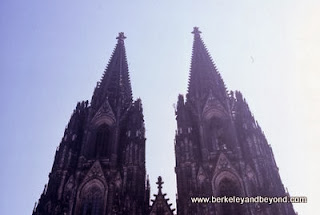 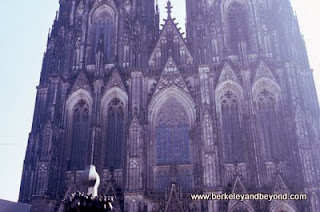 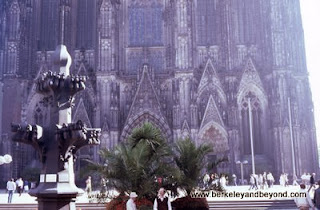 Lost in the Translation


A while back, as we were driving through the streets of Cologne, Germany, trying to find a hotel near the famous and gigantic 13th-century cathedral (now a UNESCO World Heritage site), we passed a bar where the merry patrons flowed outside into the street.  We pulled up, and my husband, feeling confident in his German, asked in German, “How do we get to the cathedral?”  Their response was incredulous looks and a few snickers.  He asked again, being a bit more insistent.  And then they started laughing, and gave friendly directions.  Because the central shopping streets were closed to traffic, the directions were complicated.  One of the Germans offered to get in our car and direct us to a hotel they knew nearby.  After settling into the hotel—we could see a bit of the cathedral from our room--my husband looked up “cathedral” in his German dictionary and realized he had been asking for directions to the big “katheter”/catheter not “kathedrale”/cathedral!  We figure the Germans we met are still telling this story, too.


More things to do in Germany.

Some travel articles to inspire and help you plan spectacular getaways.

Posted by Carole Terwilliger Meyers at 10:17 AM